A round up of links and news we highlighted on Twitter this month: 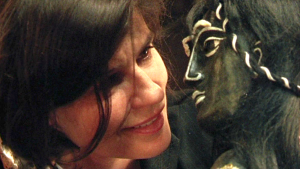 #1: Still from the documentary THE MAN WHO MADE ANGELS FLY.

1. The Washington Jewish Film Festival has a documentary about puppeteer Michael Meschke called The Man Who Made Angels Fly playing March 1 & 2! We posted an interview with the festival director earlier this week and will be introducing the screenings, so come see some amazing marionettes!

2. Benedict Cumberbatch gets some counting help from the Count. I think the show Sherlock could use a few puppets.

3. A thought-provoking interview with Cheryl Henson about the potential pitfalls of being labeled a puppeteer.

4. Genna is working with Imagination Stage on their production of Rumplestiltskin for young audiences. We ran into some similar characters in our folklore research this year.